pamela Barton is An active member ( seven years) of Broward Trust for Historic Preservation. Pam has been an integral part of the Trust and helped organize the database of historical 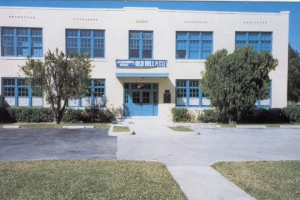 organizations in Broward County. she supported and volunteered for the Holiday Home Tour and is our former recording secretary. Pam has lived in Oakland Park Florida, since 1992. She graduated from FSU in 1981, majoring in Child Development. Pam has always had an interest in history sustainability and local planning. We thank Pam for her continued support, and because of her volunteer efforts, the Trust is still here.

Returning Director Terry Bean Brings Her Marketing Skills And Love Of Historic Preservation To The Trust. Terry Divides Her Time Between Queens, New York, And South Florida. She Strives To Educate Broward County And Beyond On The Importance Of Historic Preservation. As A Remote Board Member, Terry Will Work Tirelessly To Support The Trust’s Mission. Terry is currently working on renewing and updating the Trusts brochure. She is doing what she does best, marketing our core mission and helping to institute new life into trust.

Michael J. Gehron is a third-generation Fort Lauderdale native. His great grandparents (Frank and Eva Oliver) were the first couple married in Fort Lauderdale at the current location of Colee Hammock (Massacre) Park at Tarpon Bend, just off Las Olas Boulevard. The couple stood in a rowboat at the trading post dock on the New River where the ceremony was performed. Mike’s grandfather (Joe B. Oliver) and his older sister Margaret were the first children born in Fort Lauderdale. His grandmother’s side of the family (Joe’s wife Vera Saxon) was from the Pompano Beach area. Many Saxons in her family are buried in the Pompano Beach city cemetery, as are his Mom and Dad.

michael graduated from NOVA High School in 1974. he then attended Broward Junior College, where he received an Associate of arts degree.

Even though  Michael attended two of the most esteemed college’s in Florida, he strongly identifies as a Florida state Seminole.

dr. gehron is now a retired aerospace engineer and consultant. His expertise is in chemistry, chemical safety, chemical processes and forensics.  After retirement Michael taught at Indian River State College located in Stuart Florida.  he  directed a pain management and drug abuse testing laboratory as a licensed Medical Technologist Supervisor.

For the past 34 years, Mike has called Stuart Florida, home. Michael and his wife of 40 years,  have three children and four grandchildren. He is a grateful believer in Jesus as his Lord, an avid Mountain Biker, and an occasional surf session off one of Martin County’s incredible wave-swept beaches.
We welcome and thank Michael Gehron for joining the Broward Trust for Historic Preservation.

Specializes In Using Documentaries As A Means To Explore History. At WLRN- She Facilitated Two Documentaries; the First Documentary Is About Prohibition, The Second Is About A World War II Radar Station—Located At The Boca Raton Army Airfield. Another For The Florida Channel TV-Called Florida Crossroads. This documentary is About The Yamato Colony. Susan Also Worked With The Public Broadcast Network On Programs For WXEL In West Palm Beach. 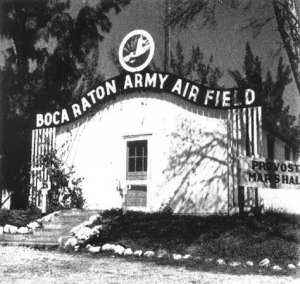 She Has Been A Consultant To Almost Every Historical Society And Museum In The County For Twenty-Six Years. For The Last Twenty, She Has Been The Curator Of The Boca Raton Historical Society And Is Instrumental In The Latest Renovations To Boca Raton’s Historic Town Hall. Susan is an Author, Speaker, And Former Historian With Twenty Years Of Experience Educating The Community, And Supporting Fort Lauderdale. She Continues To Research Oakland Parks History And Is The Official Historian For the city of Oakland Park, for which she recently secured a book contract. We Look Forward To the Expertise she brings To The Trust’s table.

Sara Ayers-Rigsby specializes in cultural resources management and historic preservation. As the Director for the Florida Public Archaeology Network’s Southeast/Southwest Regions, Ayers-Rigsby is responsible for designing educational outreach and programming for Florida’s southernmost 9 counties which comprise half of the state’s population. Prior to beginning her role as 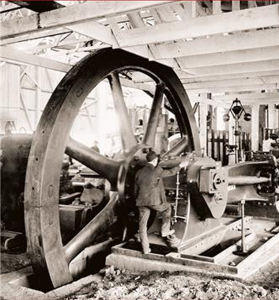 Southeast/Southwest Regional Director for the Florida Public Archaeology Network, she spent 10 years working as an archaeologist throughout the United States, with a regional focus on the archaeology of the southeast and Mid Atlantic. She earned her M.A. in Archaeology for Screen Media from the University of Bristol, UK, and her B.A. in Classical Archaeology from Trinity College, Dublin, Ireland. She is certified as a member of the Register of Professional Archaeologists (RPA). Her research interests include public outreach and archaeology, resiliency, archaeological compliance legislation, and industrial archaeology in Florida. She loves visiting state parks, historical sites, and house museums in south Florida and is always thrilled to talk to others about them.

New Director Jay Shechtman, Is A Vice President of a finance company in Broward County and is President Of the Tarpon River Civic Association. He is also an active leader of the Lauder-Trail Group.

He Is A South Florida Native And Volunteers As A Planning And Zoning Board Member for the city of Fort Lauderdale. He and his best friend, a Frenchie named Mango, live in the historic neighborhood of Tarpon River. We welcome Jay and thank him for his continued commitment to historic preservation.

Clive Taylor is an existing Director and Trust Board member. As a small business owner for 35 years, he is active in the city of Hollywood Beach with all 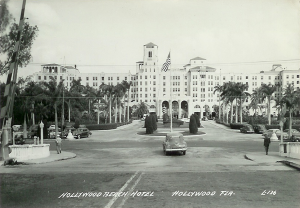 things Historic. He holds the Present seat as President of the Hollywood Historical Society and is a staunch believer in preserving Hollywood’s historically significant resources. His number one focus is the Hollywood Beach Hotel, built-in 1926. Clive helped bring the story of this premier historic landmark to light with a recent documentary, The Grand Lady. The film is about the past, present, and future of the Hollywood Beach Hotel. Clive and his board are working diligently to save this grand old hotel.
With numerous awards and recognitions and a record of community involvement, we are happy Clive has chosen to remain active with the Trust as we collaborate in all things historical for his city and our County.

Reed Tolber, a Trial lawyer in Broward County since 1980, is a graduate of the University of Florida and is a loyal member of the Gator Nation.  In 1986 Reed stepped up and saved a historically significant landmark, FireHouse #2, which he undoubtedly held from demolition. Through his approach to adaptive reuse by restoring and renovating the Firehouse, he created a beautiful Law Office for his practice.  As he winds down the trial practice, Reed focuses on his expertise as a Florida Supreme Court Certified 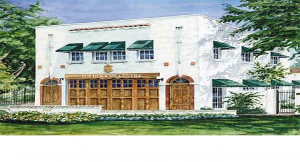 When Reed Tolber Reached Out To The Trust, He Had Been Searching For A Way To Keep The Integrity And Significance of his Firehouse alive. Reed Also Realizes That The Care And Maintenance Of a hundred-year-old Historic Building Require Financial Creativity. He Became An Expert On The Care And Maintenance Of His Historic Firehouse. Looking For A Way To Bring The Historical Significance Of His Firehouse Into The Forefront Of His Community, an idea developed to create a Mini-Historic District.

It is His Vision To Create a Historic District along with his goal to support The Trust in its continued efforts in preserving and Restoring our Historic resources in Broward County.

We Welcome Reed’s Expertise To The Trust.  keep an eye on our website for future trust developments. 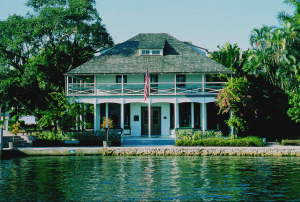 Deborah brings over twenty-five years of Financial Expertise to the Trust. Deborah J. Wax is the Owner of HYOD Enterprises, a Professional Services company specializing in Financial, Program and Acquisition Management. Headquartered in Florida, with offices in Washington, D.C. and Virginia.  HYOD Enterprises has served government and civilian clients in various industries (media, transportation, security, protection and information systems) since 1993.